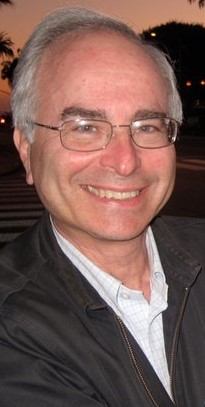 BOB WALDMAN’S encyclopedic knowledge of television history landed him his first job in television as a researcher on the CBS 50th Anniversary Specials after telling the executive producer everything he never wanted to know about Dobie Gillis.  When Bob finally finished,  he was hired on the spot.

Since 2002, Bob has also hosted at Port Washington Public Library screenings of programs on the Golden Age of Live Television, the Great American Songbook, animation (his father, Myron was the last surviving head animator of the Max Fleischer Cartoon Studio) and jazz.

His presentations are filled with funny, entertaining and informative behind the scenes stories; all from the perspective of an industry insider.   In his 30+ year career, Bob has worked with or interviewed such legends as Steve Allen, Milton Berle, Sid Caesar, Steve Lawrence & Eydie Gorme, Robert Klein, Carl Reiner, Rob Reiner, Red Skelton, Jerry Stiller & Anne Meara,   Marlo Thomas and many more.

Bob’s enthusiasm about television and its history is contagious.  As one of his former production assistants said, “Bob made me fall in love with the magic and craft of television.  I don’t think there is anyone else who is so passionate about what television can do.”